ILD in the News

Promoting inclusive growth is the cornerstone of P-Noy’s development plan. Here’s a simple way to summarize the over-all effort. The “growth” part of the strategy is linked to the effort to boost infrastructure, improve economic competitiveness and drum-up private sector investments (e.g., PPPs or Public-Private Partnerships). On the other hand, the “inclusiveness” part is linked to the effort to strengthen the country’s social protection system (e.g., the 4Ps or Pantawid Pamilyang Pilipino Program and PhilHealth), as well as ensure that the investments and economic activities are not just concentrated in urban areas (and in particular, Luzon and Manila) and involve industries where the bulk of the population could engage (e.g., agriculture and tourism). As noted by Secretary Arsi Balisacan of NEDA, PPPs need to be leveraged in the countryside to meet the infrastructure gaps there, too. Anticorruption efforts then underpin both the “growth” and “inclusiveness” strategies by helping to ensure that the public gets the most “bang for its buck” on both these fronts. 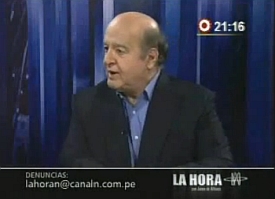 24 July 2012 - Jaime de Althaus interviews Hernando de Soto on the new cabinet in Peru, but focuses more on  Hernando's views on conflicts in Peru and in other parts of the world. 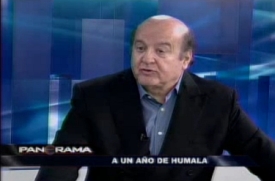 22 July 2012 - Roxana Cueva interviews Hernando de Soto on Panorama on President Ollanta as well as the role of property, or the lack thereof, in the violence in Conga and other mines.

The key to liberating Egyptians?

(CNN) — Amid all the furor about the seemingly omnipotent military in Egypt, the disbanded Islamist-dominated parliament and the debate over whether the Muslim Brotherhood will ban beer and bikinis, it's tempting to mutter, "It's the economy, stupid."

In 18 months of upheaval, all Egypt's economic indicators have headed south.

Growth is a projected 1.5% this fiscal year, far too feeble to provide a young and rapidly growing population with jobs (80% of Egypt's population is under age 30). Unemployment, one of the engines of the revolution, is estimated to be as high as 25% among the young. Tourism revenues have fallen sharply, and foreign reserves have dwindled to $15 billion. According to the United Nations, some 40% of Egyptians live below the poverty line; 14 million people subsist on less than $1 a day. Institutions are chronically weak and corruption is endemic.

Many critics say the military has handed Morsi a neutered presidency doomed to fail. But economists who have dealt with the Muslim Brotherhood's economic team describe the team as pragmatic, well-prepared and favorable to the free market.

Can Egypt’s Economy Turn The Corner? 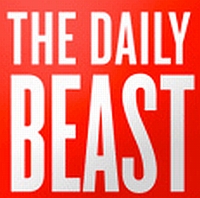 Why a win by the Muslim Brotherhood’s presidential candidate could be the best thing for Egypt’s economy.

7 June 2012 - As Egyptians prepare to vote in the upcoming final round of presidential balloting on June 16 and 17, pictures of yet more protests in Tahrir square are doing little to reassure foreign investors and other observers about the future of Egypt. Bond markets are betting that the Egyptian revolution will end in tears. They may yet be proved wrong.

The most recent round of protests began after what many Egyptians saw as an overly-lenient verdict in the trial of former President Hosni Mubarak. Although Mubarak was sentenced to life in prison for failing to protect the life of Egyptian citizens, none of his henchmen were found directly responsible for the deaths of some 900 protestors, nor was Mubarak found guilty of corruption.

Knowledge lies at the heart of western capitalism

January 29, 2012 - The world economy is made up of many tiny parts that are useful only when we combine them into more complex wholes. The higher the value of these aggregations, the more economic growth. Humanity’s achievements – from the 120 ingredients of my clock to the countless financial deals and developments that produced the internet and flight navigation systems – all result from joining people and things to each other.

That’s why western capitalism has triumphed for the past 150 years: it gave us the best knowledge to explore economic combinations. Capitalism does not need to be re-thought or re-invented; it simply has to be re-discovered. 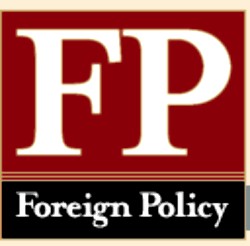 Want to work an economic miracle in Egypt? Hernando de Soto has some ideas.

In 2004, Peruvian economist Hernando de Soto and his think tank, the Institute for Liberty and Democracy, were asked to come up with ideas for revitalizing the Egyptian economy. In an interview with FP’s Christian Caryl, he argues that those ideas remain more topical than ever.

Foreign Policy: Not many economists have been targeted by terrorists. Why did the Peruvian insurgent group Shining Path put you and your colleagues on its hit list?

One year on, a team of researchers uncovers the man behind the martyr and the economic roots of the Arab Spring.

One year ago, on Dec. 17, a humble, cowed fruit-seller in a small, provincial city in Tunisia doused himself in paint thinner and set himself alight. The flames that eventually took his life had an effect he could not have foreseen, even in his wildest dreams: Less than a month later, his country's long-ruling tyrant had fled to Saudi Arabia and a democratic revolution would soon sweep across the Middle East. His death made him famous, an icon whose face adorns postage stamps and whose name — Mohamed Bouazizi — now stands for the hopes of a generation.