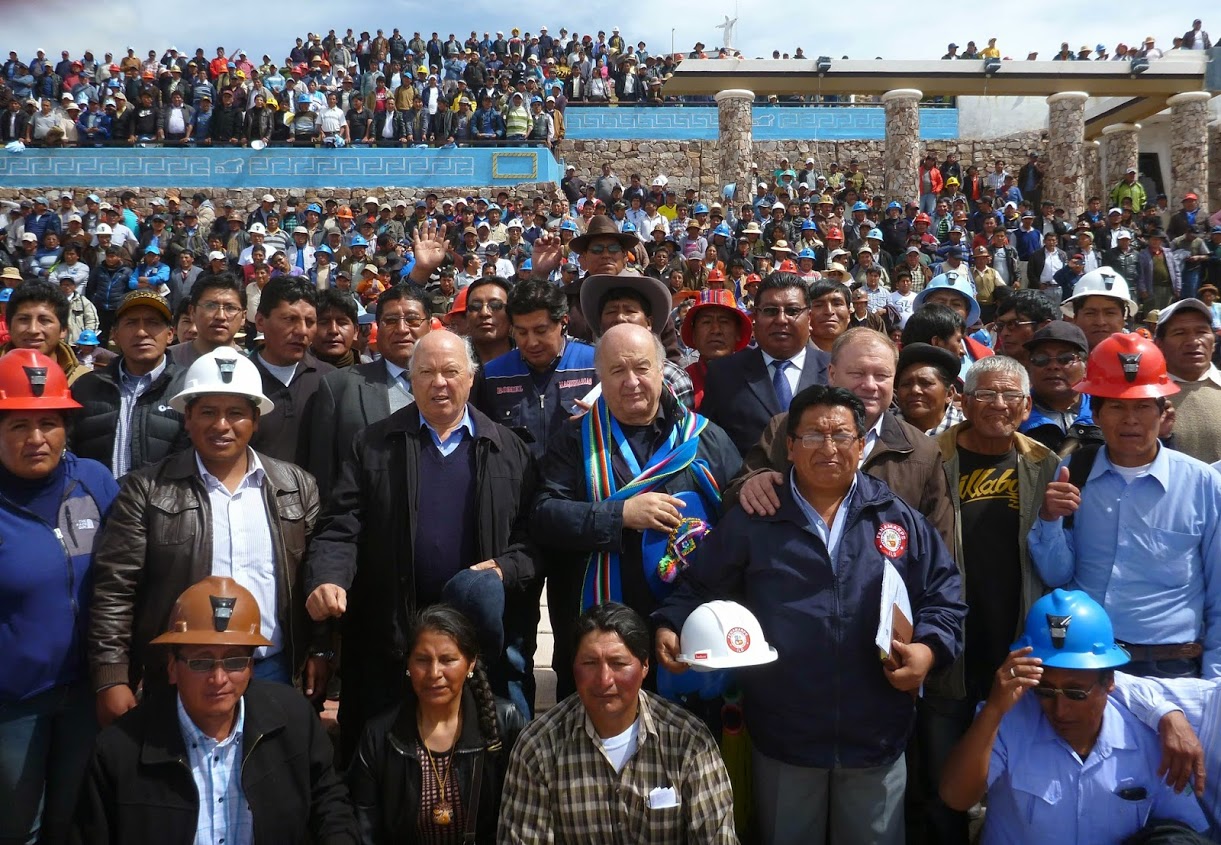 At the request of thousands of Peruvian miners, in July 2014, we began traveling throughout Peru to meet with the hundreds of thousands of miners —who were fighting against what today is recognized as absurd government regulations by both informal and formal extractive industries. Our goal is to determine the roots of informal hostility against multinationals and identify what is needed to build a national social contract on extractive industries that could harmonize their property interests with those of multinationals as opposed to creating conflict. (See below some of the adverts we published to inform Peruvians about the miners' plight.)

In April 2015, after months of coordinating with the miners' group, most informal miners now support our plan. Furthermore, the interest in property rights and formalization has spread and support has been won by the following: coffee growers, emerging traders in popular malls, emerging entrepreneurs in industrial parks, farmers who fought in militias against the Shining Path, former presidents of Peru's largest legal business organizations, and the Amazon’s foremost indigenous leaders.  See Exhibit A below: an advertisement published on April 20th 2015 inviting the press and 10,000 attendees to a meeting in the informal commercial center of Gamarra on May 7th. (In PDF format)

The objectives of the project

Objective 1-  To use our skills and protocols to approach and establish an empathic relationship with emerging social groups outside the West.

Objective 3- To find the best ways to solve ongoing violent conflicts between environmentalists, multi-national corporations and indigenous organizations throughout the non-western world, by dis- covering the property rights origins of said conflicts and correcting controversies within a rule of law context.

Objective 4- On the basis of our failures and successes create a model that can be used world- wide to solve conflicts relating to natural resources.

ILD In The News

The following front page articles announced that the ILD has discovered that some $70 billion in mining investment is being paralyzed by former subversives who have taken up the ecological cause. It also revealed that ILD has been debating them in their provincial strongholds. And that in the course of the debates, the Shining Path militants, who 30 years ago attacked ILD headquarters vari- ous times and killed staff members now, after many public debates, agree that property rights could be an important part of the solution to social conflicts in Peru.

Annex 1 below contains an illustrated summary of our campaign in favor of integrating the poor miners into the mainstream economy. (In PDF format)

Exhibits A and Annex 1

(click on the images to see the PDF file)

For past material on property rights in the Peruvian Andes and Amazon, please visit The Avatar Myths Strategy