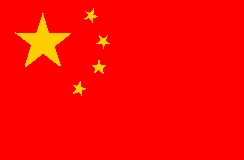 In May 2005, Hernando de Soto visited China at the invitation of the leading brokerage and investment banking firm in the Asia-Pacific market, CSLA, to speak at its 10th Annual “China Forum” in Shanghai –where he was introduced as “the intellectual grandfather of China’s rural reforms”.

Stunned by the label, de Soto, who had never even visited China before, never mind advised its Communist government on private property reform, soon learned that his ideas had penetrated the intellectual elite of the Chinese Communist Party, where an intense debate had been going on for five years about the need for property reform. Rapid economic growth and change in China had, inevitably, increased social tensions, and the Chinese Government had confirmed 74,000 examples of “civil unrest” in 2004 and 87,000 protests and other mass incidents in 2005, most of them triggered by arbitrary land seizures. Reformers inside the Party had reportedly read The Mystery of Capital, and were arguing that the Government had to make some significant changes in the law regarding property rights, particularly in rural areas. With a draft “Property Law” on the table in 2006, the Chinese Premier Wen Jiabao declared in a press conference: “The central issue for farmers is property. We will make sure we guarantee the long-term land rights of farmers”. After months of debate, China’s top legislative body finally passed the communist nation’s “Property Law” in March 2007, which reportedly enhances the protection of property rights of farmers.