Our Role in Peru's Transformation and Pacification

Between 1990 and 2013, Peru's economy grew twice as fast as the rest of Latin America’s economies —with its middle class growing four times faster. Peru also won the only victory in the West over a terrorist movement since the fall of communism that did not involve the intervention of foreign troops.

For the sake of clarity, these dramatic events of how Peru converted the biggest political and economic crisis in its history into a success story is described in two separate info-graphics:

Info-graphic 1 describes the international strategy that contributed significantly to the defeat of a homegrown, radical terrorist movement called Sendero Luminoso (Sendero) and which the US State Department described as the most violent and threatening insurgency since the Khmer Rouge in Cambodia.

Info-graphic 2 describes the history and the strategy to break the back of resistance to a market economy in Peru, kick-start economic growth, include the informal economy in the process, and re-insert the country into the global financial system, and thus free up its economic potential.

The following narrative is intended as a "roadmap" to the two info-graphics —particularly to non-Peruvian readers. The purpose of this narrative is to show that the info-graphics are really two sides of the same coin: the war became the principal argument to break the inertia of the status quo and accelerate inclusion, while the economic reform program was a civilized alternative to political extremism addressed to those who wanted change without violence and thus a maneuver to defeat Sendero.

These two info-graphs summarize ILD’s contribution to growth and victory. There were other strategies regarding both the war and the economic reforms that followed and thousands of heroes and martyrs that until today remain unmentioned. This narrative recognizes all of them, but emphasizes the role of the farmers and the urban informal economy, which are the most unrecognized contributions. 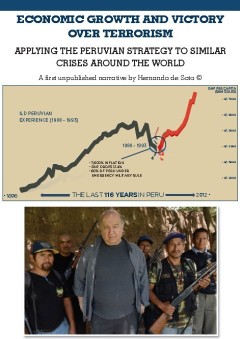 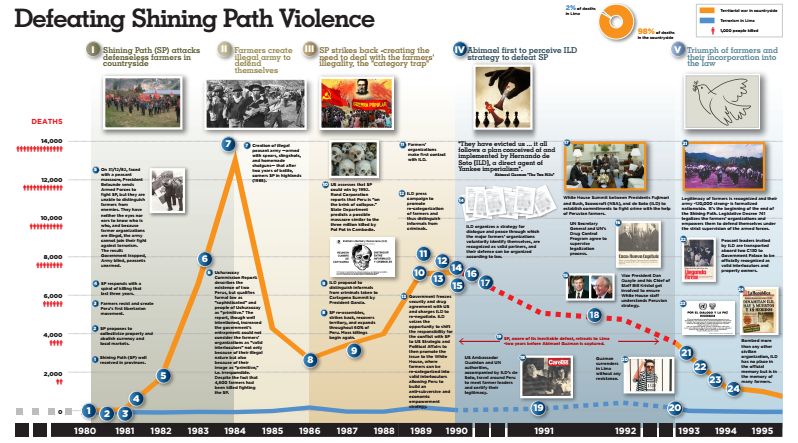 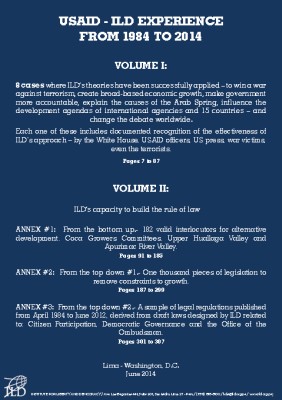 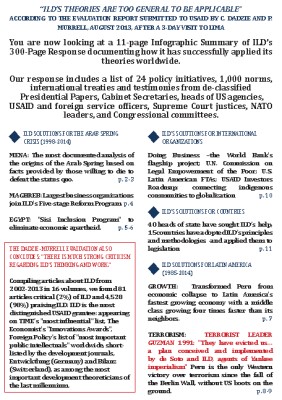