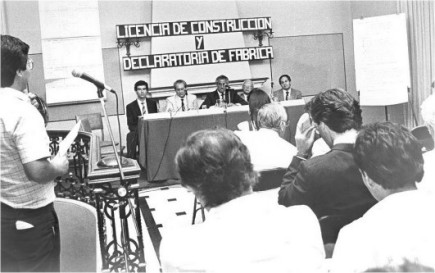 Most of the obstacles to creating a new business in Peru occur at the national level, and the Unified Business Registry was aimed at wiping them out. But there is another level of bureaucratic obstacles presented by municipal governments that operate independently of the national government. To deal with those obstacles, the ILD proposed in May 1990 to all of Peru’s municipalities a public ordinance for simplifying the granting of municipal operating licenses. This ordinance is also based on the ILD’s four pillars of administrative simplification.

Some ten municipalities adopted the ILD’s model ordinance and thereby cut the costs for obtaining municipal licenses for a business from US$ 690 to US$ 70 dollars and reduced the bureaucratic gauntlet from two months to one day. Some municipalities were assisted by the ILD and others by the ILD created Unified Business Registry