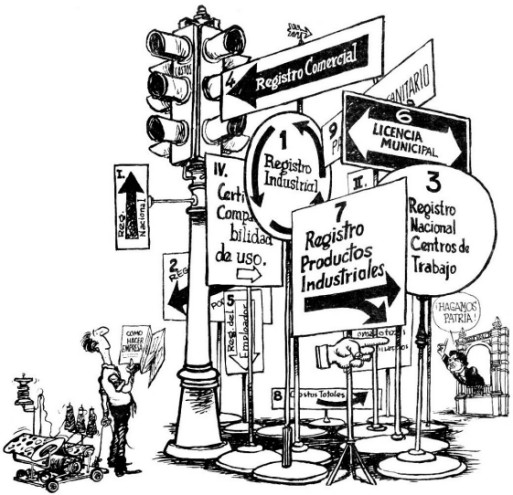 During his 1990 campaign for the Presidency, Fujimori used ILD research to make a major issue of the obstacles that small enterprises were facing in Peru. In September 1990, one month after Fujimori’s inauguration, the ILD presented the new president with a draft law aimed at reducing radically the time required to obtain a license to operate a business legally. In September 1990, the President enacted Supreme Decree No. 118-90-PCM establishing the Unified Business Registry.

The existence of this new government agency reduced red tape and costs dramatically: the nearly 300 days it took to obtain a business license were cut to one day —and one desk; the cost was slashed by seven times, from US$ 1,200 to US$ 174. Consequently, between 1991 and 1997 alone, 671,300 businesses were legalized, creating 557,770 new jobs. The creation of the Unified Business Registry also saved a total of US$ 700 million dollars in administrative expenses and losses. In addition, the collection of just three of the most important taxes increased by an annual average of US$ 248 million. The Unified Business Registry has since been absorbed into the National Superintendency of Tax Administration (SUNAT).